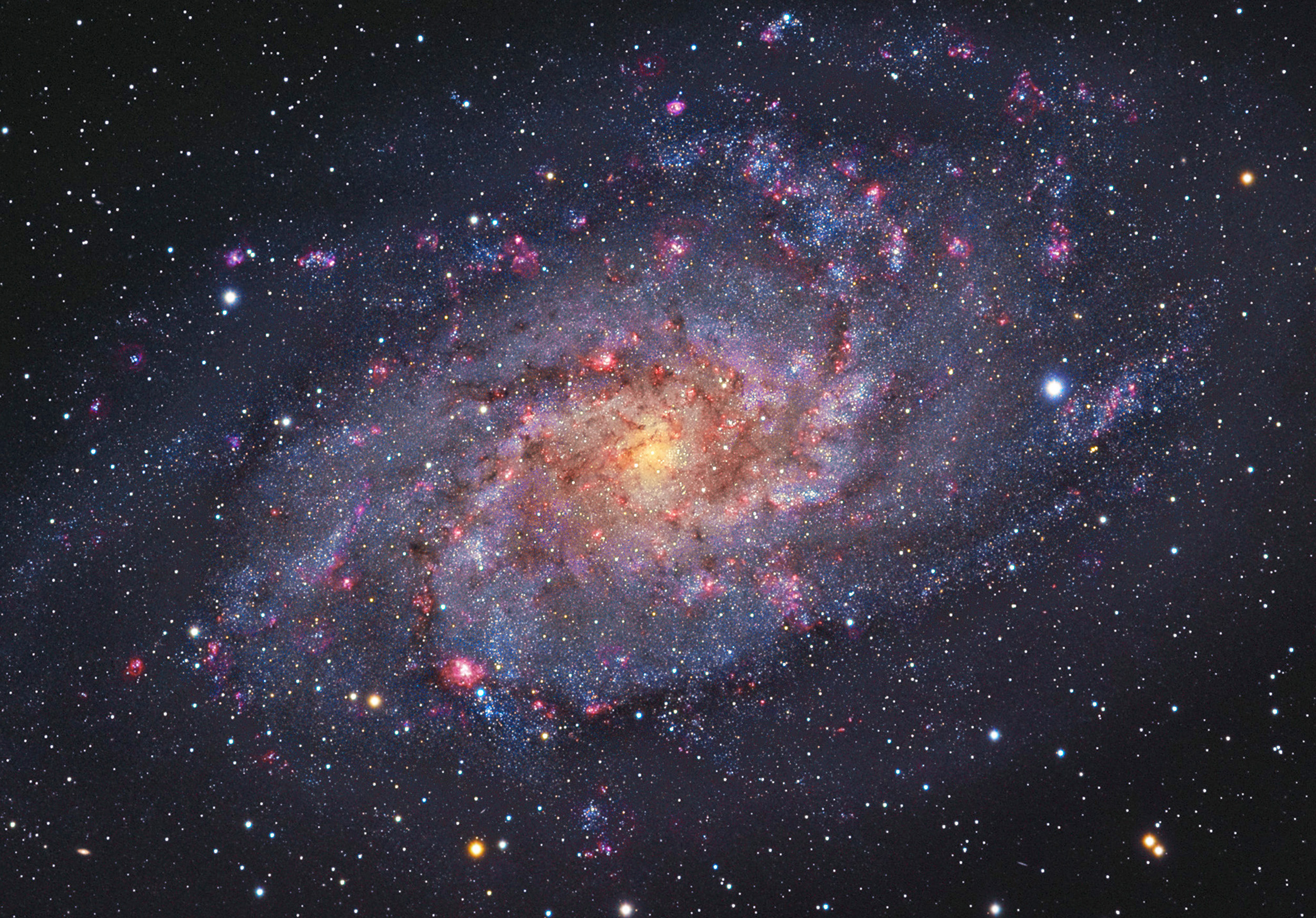 The Triangulum Galaxy is a spiral galaxy 2.73 million light-years (ly) from Earth in the constellation Triangulum. It is catalogued as Messier 33 or NGC598. The Triangulum Galaxy is the third-largest member of the Local Group of galaxies, behind the Milky Way and the Andromeda Galaxy. It is one of the most distant permanent objects that can be viewed with the naked eye. The galaxy is the smallest spiral galaxy in the Local Group and is believed to be a satellite of the Andromeda Galaxy or on its rebound into the latter due to their interactions, velocities,and proximity to one another in the night sky. It also has an H II nucleus.