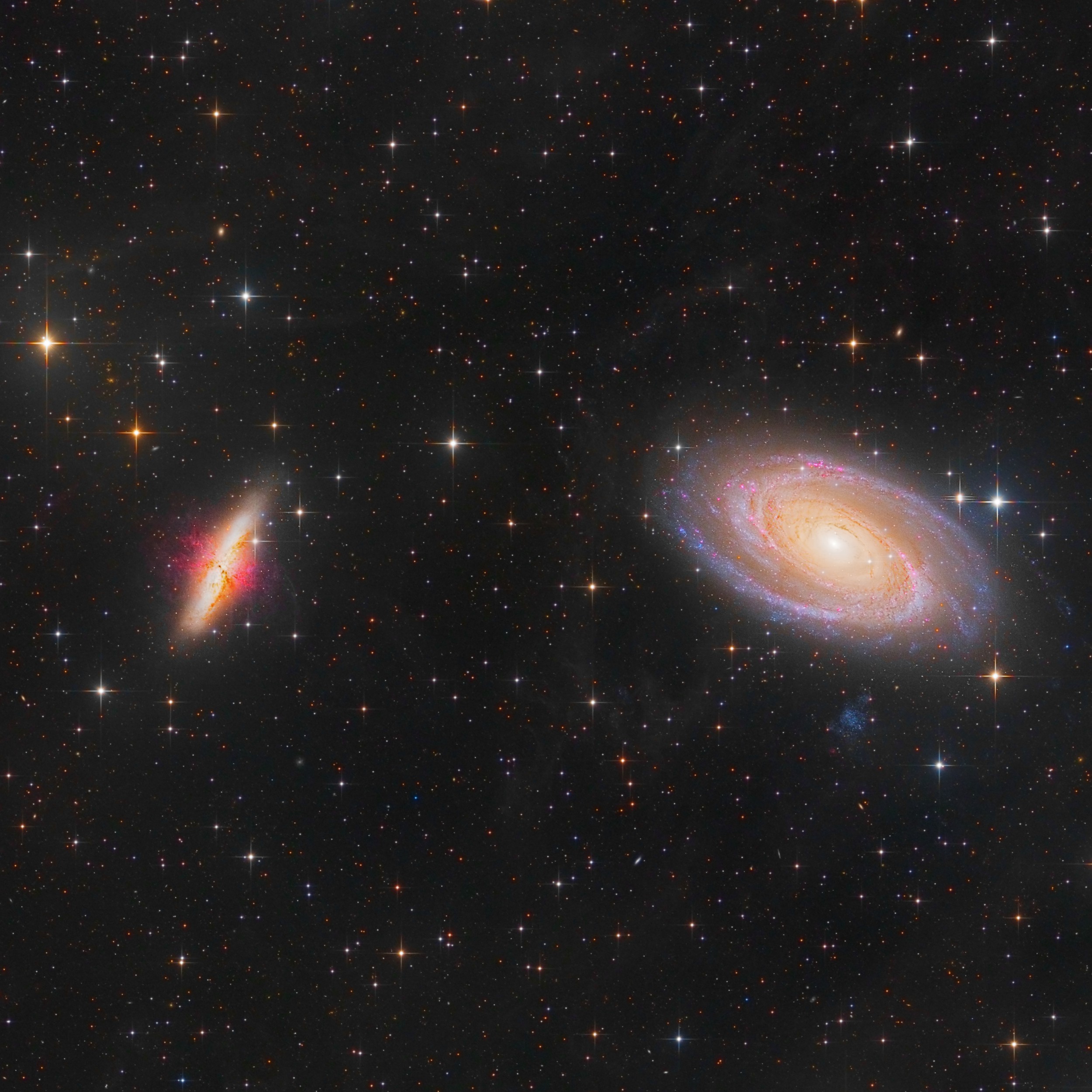 M81 and M82: Messier 81 (right) and Messier 82 (left) are part of the M81 Group, a group of 34 galaxies in Ursa Major and Camelopardalis constellations. M81 is a grand spiral galaxy with a very active nucleus, “hosting” a super-massive black hole with a mass of around 70 million times the mass of our Sun. Bottom right of M81 we can see its companion, the dwarf irregular galaxy Holmberg IX. M82, sometimes called the Cigar galaxy due to its edge on view from Earth, is the brightest galaxy in the night sky in infrared light, being a lot brighter than in the visible part of the spectrum. M82 is famous for its heavy star forming activity and the outburst of ionized hydrogen that can be seen in this photo as jets almost perpendicular to the galaxy disk. Also on this picture is a hint of the IFN. The Integrated Flux Nebula is a relatively recently identified astronomical phenomenon. In contrast to the typical and well known gaseous nebulas within the plane of the Milky Way galaxy, IFNs lie beyond the main body of the galaxy. These high galactic latitude nebulae are illuminated not by a single star (as most nebula in the plane of the Galaxy are) but by the energy from the integrated flux of all the stars in the Milky Way.