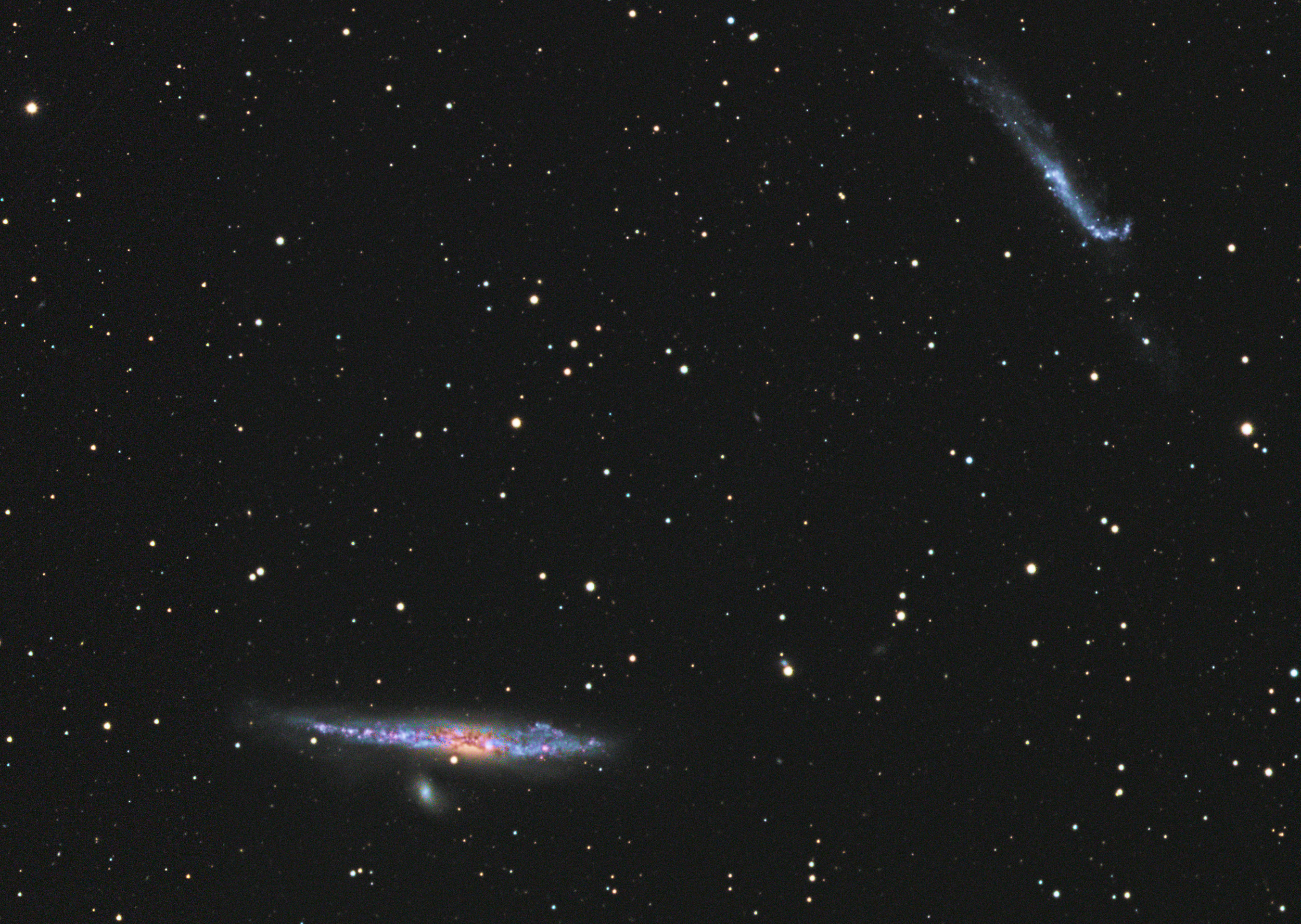 The Whale and the Hockey stick are two galaxies in the constellation Canes Venatici. NGC 4631 is the larger and brighter of the two. Located about 30 million light years from earth, this galaxy has a wedge-shaped form that resembles a whale, thus its name.
NGC 4656, the Hockey Stick – also known as the Crowbar Galaxy, is a highly warped barred spiral galaxy. Its distinctive shape is due to a *recent* gravitational interaction with NGC 4631. The “hook” of the galaxy is also listed as its own object, NGC 4657. Beyond the hook is a fuzzy patch which may be a dwarf elliptical galaxy that is merging with NGC 4656.